The fishing around Lord Howe Island is widely regarded as some of the most diverse, most extensive and most exciting in the world. The entire island is surrounded by the Lord Howe Island Marine Park, which protects the water and its inhabitants. It also helps that there is no commercial fishing anywhere in the region. 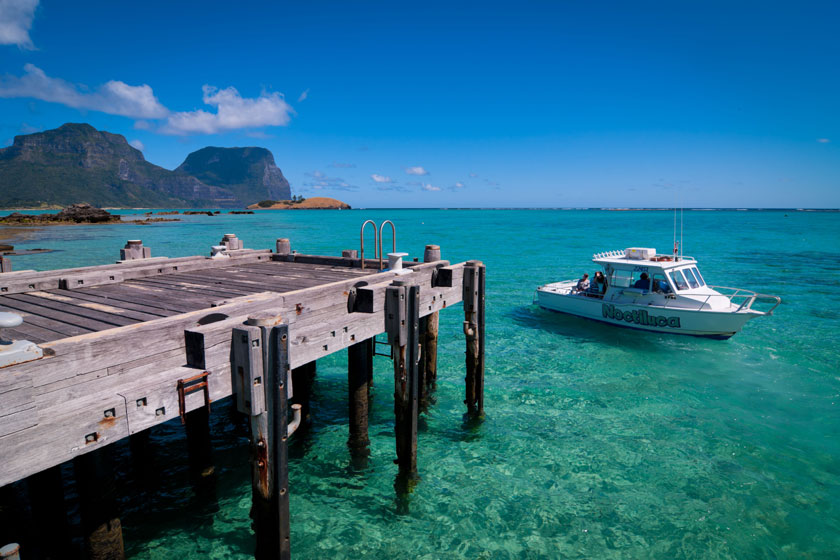 Lord Howe is known as the world’s southernmost coral reef, and as a result, you’ll find Kingfish, Yellowfin Tuna, Trevally and Wahoo and you can fish for dozens of species using several different fishing methods over a range of terrains.

Can you go fishing on Lord Howe Island?

Yes, you can go fishing on Lord Howe, and there are local outfitters that know where all the hot spots are located.

Lord Howe Island offers a great range of shore fishing areas for all levels of anglers, from beginner to veteran fishers. The island’s lagoon provides plenty of opportunity for near-shore fishing trips, where you can find a variety of fish species.

For those looking to brave the deep sea, there are a couple of charter boat operators available offering daylong expeditions out into the open ocean in search of bigger game, such as Marlin,Kingfish and Wahoo. For an extra challenge, experienced anglers can take on the unique environment at Ball’s Pyramid where Yellowfin Tuna can be found year-round.

Just 30 minutes from the pier by boat is a protected game fishery where schools of black, blue and striped Marlin live.

Besides all this amazing deep-sea fishing, Lord Howe Island is a paradise for sport fishing along the shore and in the shallow reefs. This is where the world’s most southerly coral reef is found, and it is packed with dozens of exciting species of fish like the Silver Drummer, Trevally and Bluefish. The sight-casting in the shallow lagoon of the reef is outstanding.

There are 2 licensed fishing charter companies operating out of Lord Howe Island – Sea Lord Howe and Sea To Summit. They offer everything from full-day and half-day trips to completely private fishing adventures.

Tackle and gear is included with every trip so you don’t need to worry about bringing your own rod.

For those who prefer not to venture out in a boat to go fishing, the island has plenty of prime spots on the shore’s beaches and jetties where it’s permitted to fish.

For shore-based, the best option is on the east side at Clear Place but can be crowded at times. The Old Gulch is also excellent but access can be blocked at the top of the tide. Throw in a hand line or hire a fishing rod and tackle at Thompson’s Store which is just a five minute walk from the jetty.

You can buy bait here too, although many fish seem to be ok with bread/crust as bait! The jetty has plenty of garfish, drummer and even bluefish. And from a boat, the lagoon fishing is brilliant.

Not surprisingly, you can’t throw in a line at Ned’s Beach as fishing is banned there.

This island has a healthy attitude towards fishing, including a welcome catch-and-release philosophy, alongside a genuine love of a tasty fish fry on the beach.