Of the handful of hiking trails on Lord Howe Island, Transit Hill is one of the most accessible and most rewarding. This Class 3 trail is just over two kilometres long and takes most people around two hours to do a round trip to the top of the hill and back down.

There are actually two paths which wind up the side of Transit Hill.

Lord Howe Island is famous for its variety of hiking and walking trails, with nearly two-thirds of the island protected, and this casual but scenic hike epitomises the possibilities for visitors who want to experience Lord Howe’s natural attractions, but aren’t looking for an extreme challenge. 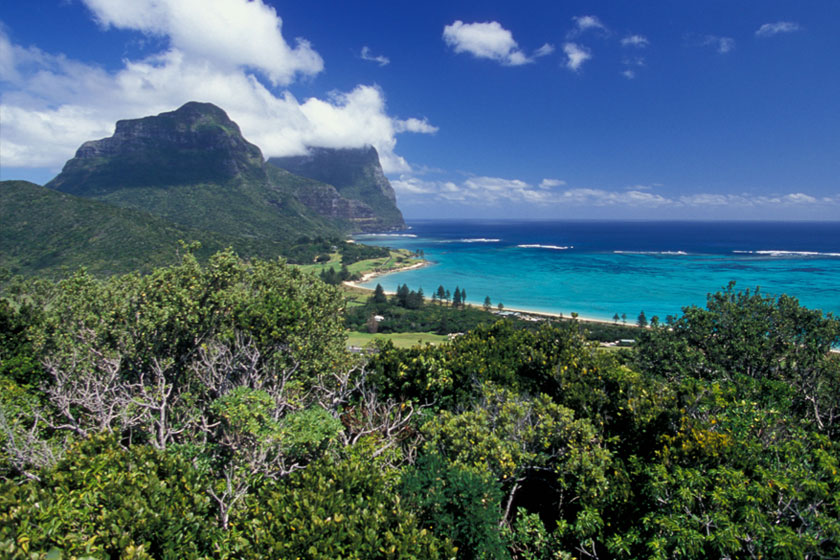 Whichever path you choose to reach the top of Transit Hill, it’s likely you will spot one of the island’s rare inhabitants, such as the golden whistler or the emerald ground dove – two very special birds.

Since the paths up Transit Hill are located roughly in the centre of the island, they are easily accessible from anywhere on Lord Howe Island.

Most people take the trail that starts next to the island’s Administration Centre since it’s a well-known landmark and the trailhead is obvious.

The other option is to cross the gorgeous strip of sand known as Blinky Beach and look for a narrow, single-track leading upwards to the lookout.

The views from atop Transit Hill are about a panoramic as it gets on this island. Expect 360 degree vistas and plenty of birdlife.

It’s a popular trail so don’t be surprised to see a handful of other walkers out enjoying the nature.

Once you have had your fill of views, head back down to Blinky Beach for an afternoon lounging on the sand, swimming in the crystal-clear water or catching waves in its ‘champagne surf’.