In many people’s opinion, the bird watching on Lord Howe Island is the very best in Australia. Its aviary scene is anchored by 14 species of seabirds that breed here in their hundreds of thousands.

The sheer spectacle of so many seabirds congregating together in one spot is enough to make Lord Howe Island a hot spot for bird watchers.

But there is plenty more on this island to pique the interest of both casual fans of birds and die-hard bird watchers. There are around 130 permanent and migratory bird species which call Lord Howe Island home.

Among these species is the Lord Howe Island woodhen, a flightless bird that was nearly extinct until local conservation efforts brought its population back to health. 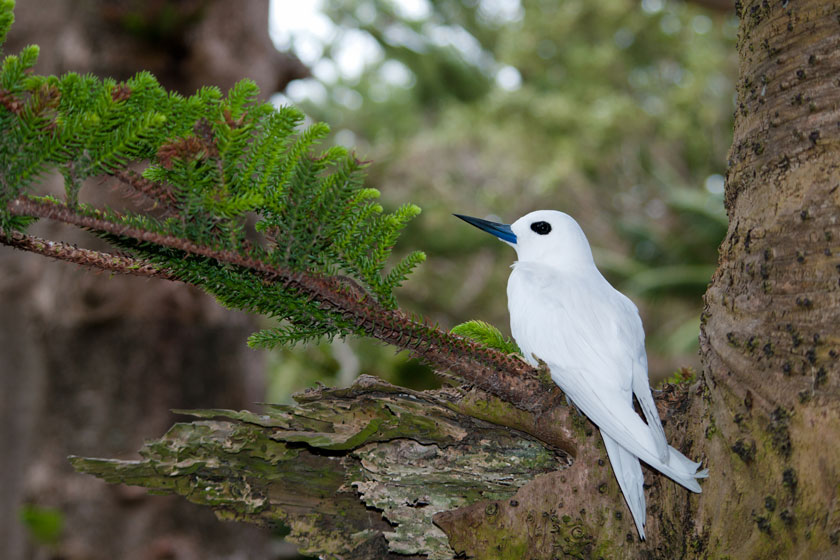 Among the more exciting opportunities is watching red-tailed tropic birds do their amazing acrobatic mating rituals high above the Malabar Cliffs.

A hiking trail to the lookout on top of the cliffs makes this one of the most special experiences on the birding menu.

This rare courtship ritual takes place every year between September and May. During this same season, vast flocks of shearwaters return to shore at dusk each evening, blanketing the sky with their numbers.

From September to January, the island Ned’s Beach and the Northern Hills become the home of colonies of sooty terns, while March to November is the season for the return of the rare providence petrel which comes back to nest.

One of the world’s rarest birds, the providence petrel has a marvelous aerial courtship that is best viewed from the Little Island Track.

These amazing birds can actually be called out of the air, will land at your feet and often even climb into your lap.

Of course, there are plenty of birds who stay on Lord Howe Island for bird watchers to see all year round.

Head to Mutton Bird Point at any time of year to watch masked boobies nesting and gliding around the cliffs.

Several bird watching outfits are on hand to guide you or you can strike out on your own with ease.