Whether you are an avid bird watcher or you just appreciate a dramatic spectacle of nature, Malabar Hill on Lord Howe Island is one natural attraction to put on your short list of places to see.

The Malabar Cliffs (pictured below), which drop straight into the ocean from the top of the hill, are home to the planet’s largest nesting grounds for red-tailed tropic birds. These amazing creatures are famous for their graceful aerobatics and airborne courting dances which take place every year between September and May. 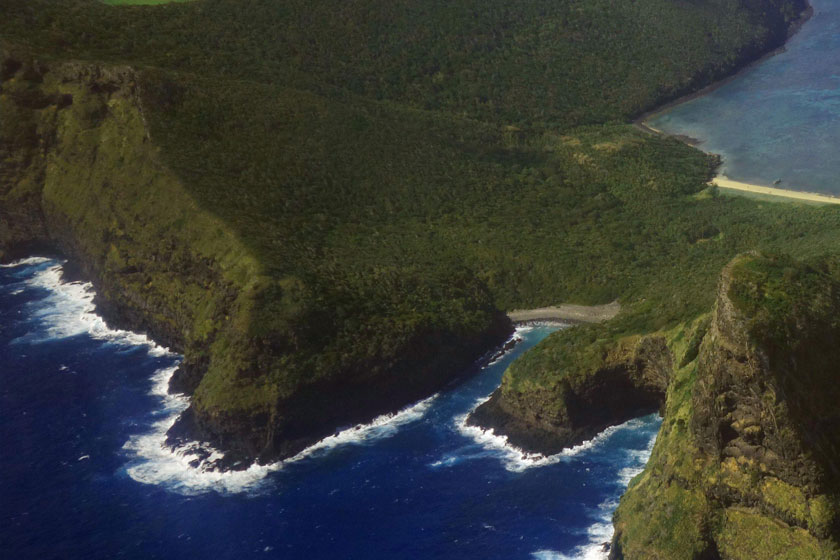 People flock to Malabar Hill each season to witness this rare natural event. During this time, vast numbers of mutton birds, or shearwaters as they are officially known, return home to their burrows each evening at dusk in another fascinating spectacle of the aviary realm.

Lord Howe Island is home to 14 species of seabird that breed here in season in the hundreds of thousands.

This alone makes the island a mecca for bird watchers. But there are also dozens of native and migratory species that add to the scene all year round.

You don’t have to be a bird fanatic to appreciate the journey to the top of Malabar Hill. Lord Howe Island is laced with great hiking trails, and one of the nicer ones – to the bald peak of Malabar Hill – takes about two hours to complete.

Along the way, you walk through dense palm forests that are filled with the burrows of mutton birds and other native creatures.

Even though Malabar Hill is located at the northern end of Lord Howe Island, from its crest you are rewarded with some of the finest panoramic views of the southern end of the island. The views take in the Admiralty Islands to the north and the jagged volcanic peaks of Mount Gower and Mount Lidgbird to the south