Lord Howe Island is an epic beach getaway destination, located just two hours flight from Australia’s eastern coast. From its stunning fringing reefs, to the peak of Mt Gower, this World Heritage listed island is a tremendous place for a sun-soaked holiday.

One of its main features is the golden white beaches that hug the island. There are 11 beaches in total on Lord Howe Island, offering either surf or reef environments. 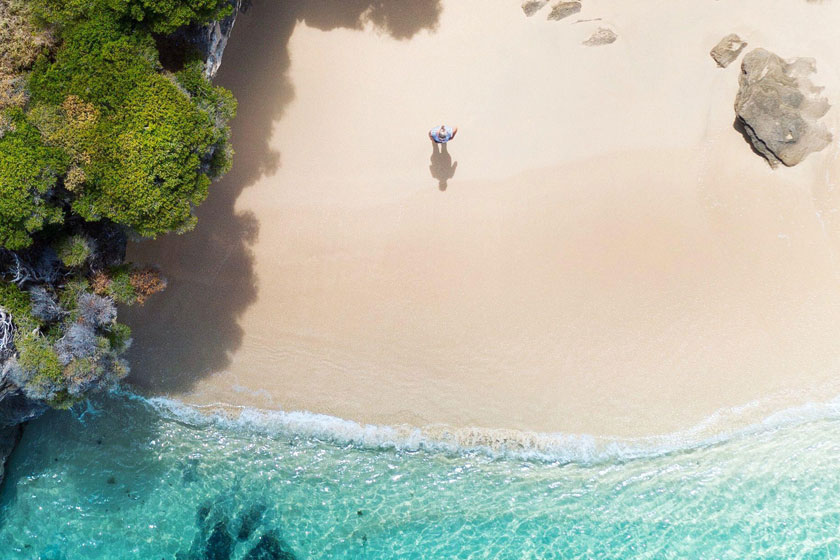 The most popular of Lord Howe Island’s beaches is certainly Blinky Beach, which is located on the eastern side of the island. Known for its champagne surf, this beach can be accessed via bicycle, on foot, or by car.

It is home to the best surfing spot on the island, but its white beach and turquoise water makes for great sunbathing, picnicking and swimming too.

To the north of Blinky Beach is Ned’s Beach, which is noticeably calmer so families will certainly enjoy wading in the crystal clear water.

In addition to its relaxing swimming environment, Ned’s Beach is also known for its fish-feeding opportunities and wonderful snorkelling site, which make it one of the most tremendous Lord Howe Island beaches.

On the calmer side of the island, Lagoon Beach is home to the world’s southern-most coral reef.

Not surprisingly, most visitors come here to enjoy the kaleidoscope of colours that radiate from this beach’s underwater gardens.

Just off-shore lie some of the best surf spots in the Tasman Sea.

In addition to these main beaches of Lord Howe Island, tourists can also find plenty of secluded coves that boast an undisturbed and unrivaled tranquility.

North Bay, which can only be reached by foot or by water, is home to magnificent snorkelling spots, while Old Settlement Beach is another northern cove perfect for a private getaway opportunity.