Unlike most islands in the South Pacific, Lord Howe Island does not have a history which begins with Polynesian migrants. It was first visited by British Lieutenant Henry Lidgbird Ball on 17 February 1788 when his ship, the HMS Supply, passed by on its way from Botany Bay to Norfolk Island with a cargo of 15 convicts to form a new penal colony. 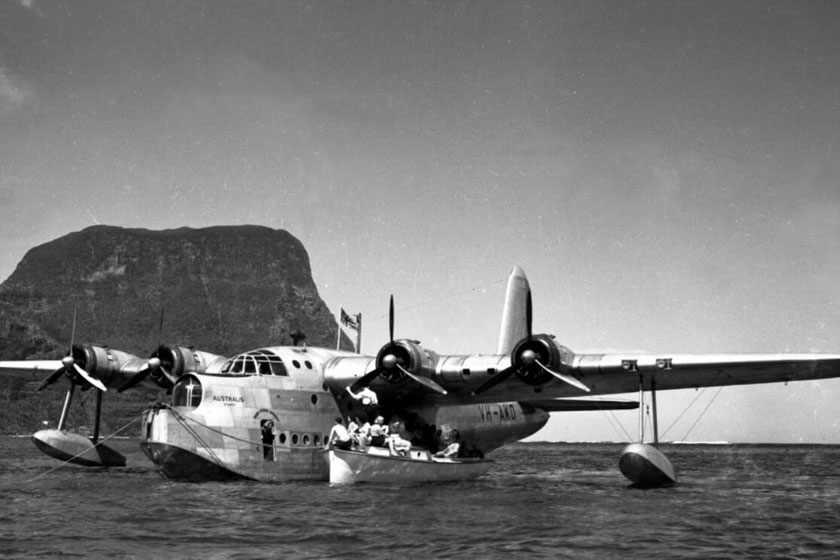 Ball returned a month later and claimed the island for Britain. Most of the prominent peaks, bays and islands were named at this time in honor of various Navy bigwigs.

Lord Howe Island’s history really took off between 1789 and 1791 when the whaling industry reached the Pacific with a fury.

Both British and American whalers worked the waters here and eventually formed the first permanent colony in June 1834.

In 1849, there were only 11 people living on the island. But when gold was discovered on mainland Australia in the 1850s, the traffic flow of people and goods greatly increased the frequency of stops at Lord Howe Island.

The locals traded fresh produce and meat with ships passing through.

As the whaling industry petered out in the 1860s, the island received a new interest from the scientific community.

Although this was a depressing period for the island’s economy, it saw the introduction of the unique creatures and plants of the island to the rest of the

The first tourism boats began arriving in 1883, opening the door to the latest chapter in the history of Lord Howe Island. Along with the increase of trade in kentia palms, tourism really picked up by 1932 when a regular tourist boat opened a trip to the island.

Today, tourism remains one of the top two sources of income on Lord Howe Island. When flights started arriving in 1947, this tourist base increased, and by 1974, when the first real airport was opened, the island had a viable new source of tourist access.